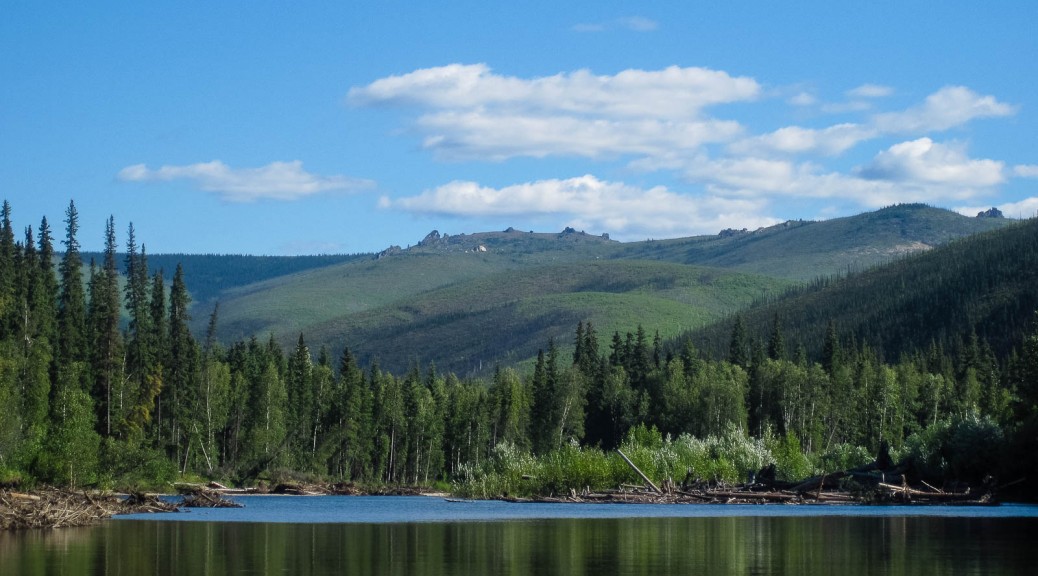 On July 30, 2014, I accompanied some scientists from Mark Wipfli’s lab at UAF on some of their fieldwork on the Chena River, where they are also studying Chinook salmon ecology. I hoped to learn something from what they’ve found, and vice versa.

We floated a section of the upper river setting minnow traps and gathering diet samples. We particularly focused on off-channel habitats, which may be important to the fish, especially in high-flow years.

These habitats aren’t a focus of our study because the fish in them have to cruise feed (swim around searching for food) instead of drift feeding. But it’s important to know what else is going on in our study system. And not just fish activity…

Working along the Chena for years during my Ph.D. research, I never once encountered bear or wolf tracks, although both species live in the area. It was a treat to find the well-preserved tracks of a bear and a wolf just a few feet from each other on sandbars just a short distance up one of the Chena’s pretty little tributaries.

An eagle watched over us, too.

There was also, at one point, a thick emergence of midges. The larvae and pupae of these insects are a major food source for juvenile Chinook salmon in the river.

It was a beautiful day to be out on the water in Alaska and a benefit to both our projects.